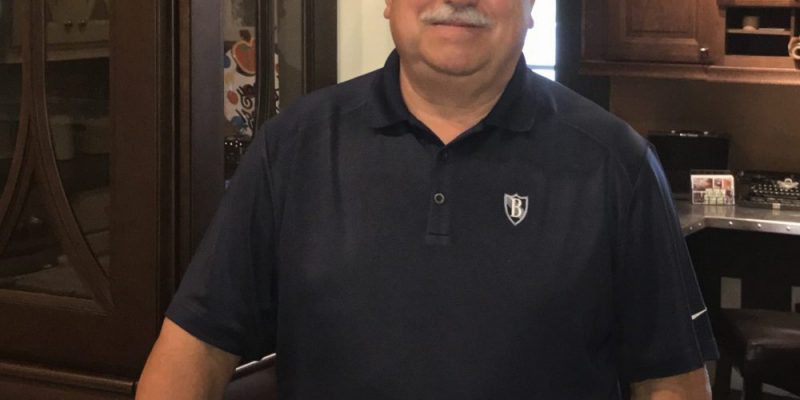 Paul Ewing, owner and founder of The Ewing Companies, is not a man you might assume takes risk. His journey to starting his family-owned business, however, was just that: a leap of faith.

Paul got his start in the remodeling business at an early age. His father converted old homes in Bluefield, West Virginia into apartments, teaching his son the ins and outs of remodeling as he worked. Paul enjoyed working hands on but looked forward to managing a larger company that did multiple projects.

In 1978 he earned his Bachelor’s of Business Administration from Concord College, while working full time with American Water Works Company and raising two children (Brad & Jason Ewing) with his wife, Debbie. Once he earned his degree, his managerial role in Water Works had him & his family traveling around the east coast. After a few years in Bristol, RI, the Ewings decided to move back south. They picked Blacksburg, knowing the area well enough from family visits; Paul didn’t have a confirmed job when they decided to move. “Kinda foolish,” he laughed. “‘I don’t have a job but we’re going,’ I had said. I did end up getting a job before we moved, but we were moving here regardless.”

Paul worked for the Radford Army Ammunition Plant as a Contract Administrator for a few years, yet still felt like something was missing from his life. “I always believed the best opportunity for me was to own my own company,” he said. “I was not comfortable trying to climb the corporate ladder and dealing with bureaucracy.” When the plant announced a series of layoff, Paul saw a new path open. He volunteered to leave, and the financial boost from that kick-started The Ewing Companies in 1995. “I realize it was a brave, perhaps a crazy move,” he admitted, “I gave up a really good job to start the company. But I knew if I didn’t take that opportunity, I would never leave that plant. And it worked out.”

For the first few years, he worked with his brother John, completing projects for family, friends, and neighbors. “John played a large role by helping on the job and in getting the business set up with insurance, licenses- all the basic start-up things”, Paul explained.

When Paul and John built their first spec house, Paul was on the job everyday working with another carpenter. They did as much of the work as possible themselves. John helped secure the loan for the lot and house, helped locate and contract with subcontractors, and he did the bookkeeping. This was a great learning experience and was the first of many spec and custom houses to come.

Even after the business was stable, John liked staying involved. For years, he came to Blacksburg once a month to pay bills, prepare payroll taxes, balance the checkbook, etc. It was a tremendous help. He was involved right up until he passed.

“It was a lot of work in those early days balancing family and the new company,” Paul said. “I put in a lot of days building, and the administrative work after hours and on weekends. But since my sons, Brad and Jason, have started working with us, I’m able to have more flexible hours. I don’t work weekends nearly as much anymore.” He hopes that his sons will be able to continue the family business, and that he’ll be able to enjoy at least partial retirement in a few years.

So how does it feel for the owner of the company to have an award-winning kitchen himself? “Oh, it feel great!” he exclaimed. “I had limited involvement in our kitchen design, but I enjoy the process and was actively involved in the process. I always wanted an eat-in area, so I love that feature.” He also enjoys helping his wife, Debbie, cook. “Truth is, I help very little with cooking. I mostly hang out,” he explained.

Paul’s advice for clients is to “feed the workers, butter them up, treat them well,” he laughed. In all seriousness, he explained, “treat contractors with utmost respect and they will treat you the same.” His favorite projects are the ones where the clients enjoy the process and who hope to be actively involved in the process. “If it’s a good and positive experience that everyone enjoys, the product will be so much better.”

Thank you, Paul, for all you’ve dedicated and sacrificed for this business. We wouldn’t be here without you!