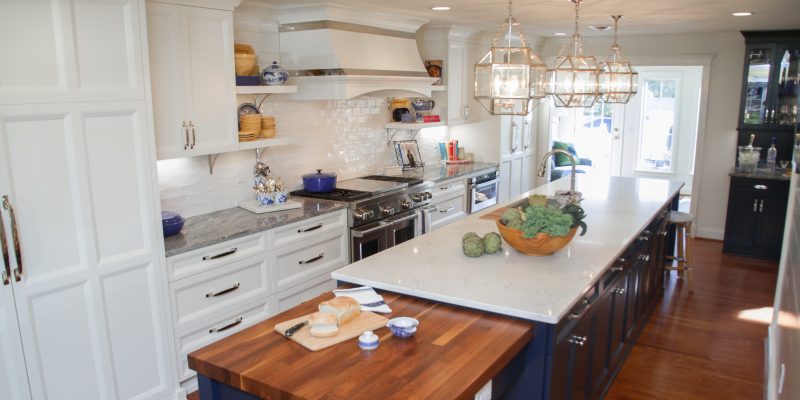 The homes we live in are about so much more than the spaces themselves– they are the backdrop for our stories and experiences. Debbie Ewing lost her mother, Mary Coppino Wood, on January 10, 2017. In the days to follow, the family gathered to remember her mother’s beautiful legacy and the ways she impacted so many people around her. The funeral took place on a Saturday but the entire weekend was family focused.

Debbie explained that her mom was known for her biscuits and gravy. It was her specialty! Whenever the whole family would come together she would fix, in a literal sense, over a hundred biscuits and the necessary gravy to match. She even taught her great-grandson, Reed Ewing, how to make biscuits. It only seemed fitting that while celebrating and honoring her life, the family should eat biscuits and gravy.

Debbie and Paul hosted many of the out of town guests who came to Blacksburg to celebrate Mary’s life. They had nearly finished a major kitchen remodel project, giving Debbie the ability to accommodate this large gathering. Saturday night, Debbie realized she had so much bacon to cook for breakfast the next day that she needed to get a head start right then and there. As she began frying the six pounds of bacon, a challenge emerged.

While Debbie cooked, and chatted with her niece, the conversation naturally transitioned to the best biscuits and gravy. This playful conversation quickly turned into “good Italian bantering,” as Debbie’s brother joined in. The conversation grew in participants, volume and enthusiasm–pretty soon a friendly competition had formed regarding who made the best biscuits and gravy. Debbie’s sister, who lives in Bluefield, Virginia, caught wind of the debate, thanks to a well-timed phone call, and pledged to be over the next morning at 6:00 am. True to her word, she arrived before the sun was even up, ready to have the biscuits and gravy throw down. 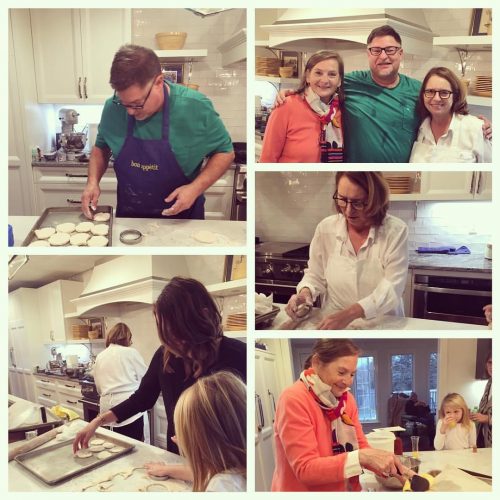 Sunday morning a hearty breakfast was cooked, served, and enjoyed. The lingering grief was there but joy also joined them for breakfast that day. The breakfast they fixed personified the beautiful person that Mary was and who she will always be to the Ewing family. Debbie shared, “I was rejoicing in that she was finally at peace. I was glad we were there to do what she would have done for others to help them heal–that is to cook, entertain, and tell funny stories.”

The new kitchen configuration allowed the perfect setting to eat, laugh, love and remember. The open flow allowed the numerous family members to join in and make their best biscuits together. The biscuits and gravy throw down will always be a bright spot for Debbie and her family, during a time that was otherwise clouded in grief. This story demonstrates the ability of our space to shape the way we live–and the way we remember.